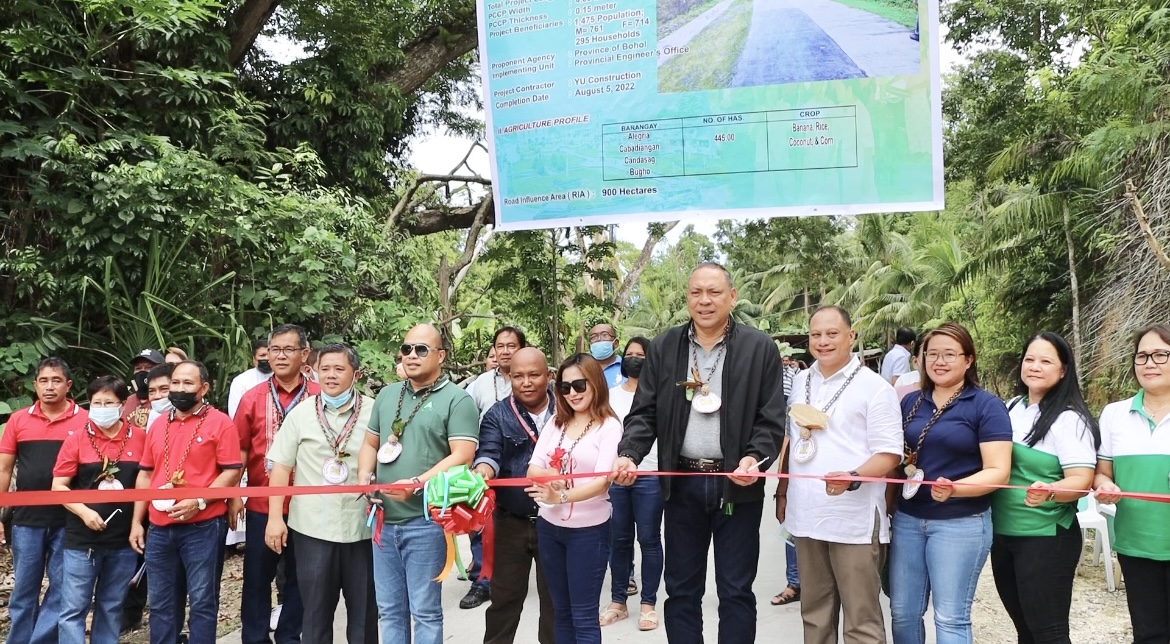 The P56,604,331.86, 5.5 km road rehabilitation project is funded under the Philippine Rural Development Program (PRDP), a World Bank assisted program under the Department of Agriculture (DA), that is projected to benefit at least 1,475 local residents.

During the ceremonial activity, residents of the barangay and the riding public genuinely expressed their happiness with the completion of the road project in as much as it will provide them with greater accessibility in the transport of goods and services from their rural communities to the economic center of Loboc town. Furthermore, they recognized the importance of the improvement in the local road network in bringing the necessary development and progress in the hinterland areas of the municipality.