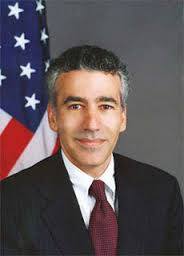 U.S. Ambassador H.E. Philip S. Goldberg visited the Province of Bohol on February 5, 2015 for the Signing of Memorandum of Understanding (MOU) of Cities Development Initiative (CDI) with the City of Tagbilaran. The “Memorandum of Understanding launches the Cities Development Initiative. The partnership of the City Government and USAID is seen to complement development goals of the city and accomplish more growth and investment gain to maximize the potentials of the city.” On the other hand, Governor Edgar Chatto signed an Executive Order (EO) of the Provincial Government-Industry-Academe (GIA) Council of Bohol with the Holy Name University (HNU), Bohol Island State University (BISU) and the University of Bohol (UB). It was indeed an opportune time for the U.S. Ambassador to meet the provincial officials, as well as the officials of the City of Tagbilaran and municipal mayors, and see for himself some projects of the USAID in Bohol.

Majority of the Municipal Mayors, as well as the City Mayor of Tagbilaran,  witnessed the short program of activities at the Bohol Tropics Resort, Tagbilaran City. The program started with an inauguration/viewing of USAID-COMPETE Project Exhibits prepared by the project implementors. Ambassador Goldberg was accompanied during the exhibit viewing by Mission Director Gloria Steele, Governor Edgar Chatto and City Mayor John Geesnell “Baba” Yap. Before introducing the Keynote Speaker, Director Steele introduced the Cities Development Initiatives (CDI) for the information of everybody. The highlight of the activity was the Keynote Message of Ambassador Goldberg, followed by a Response by Mayor Yap. Finally, Mayor Yap and Director Steele signed the CDI MOU  while Governor Chatto signed the Executive Order for the GIA Council with photo opportunities right after the signing.