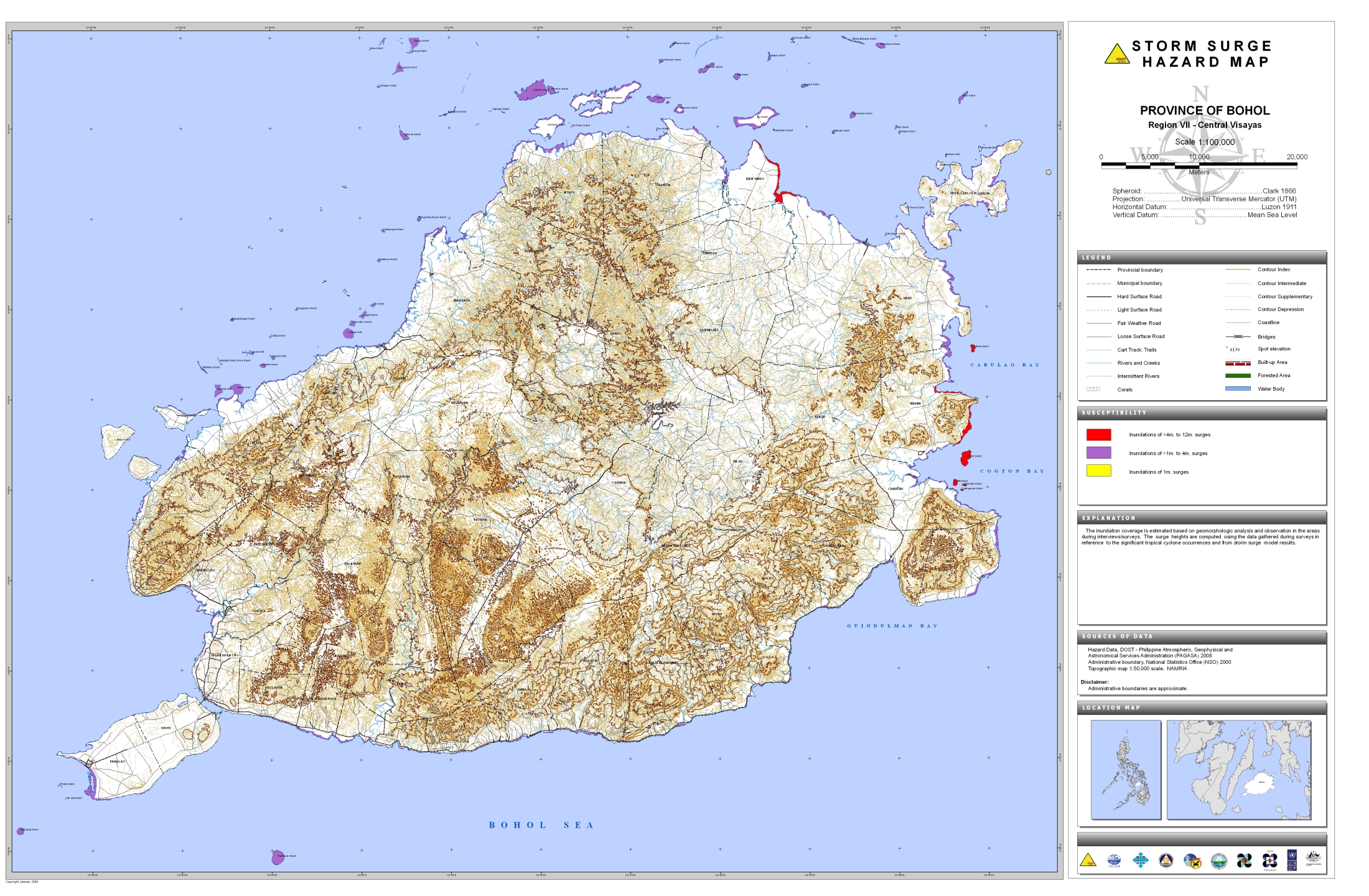 The inundation coverage is estimated based on geomorphologic analysis and observation in the areas during interviews or surveys. The surge heights are computed. using the data gathered during the surveys in reference to the significant tropical cyclone occurrences and from storm surge model results.

A storm surge is an offshore rise of water associated with a low pressure weather system, typically tropical cyclones and strong extratropical cyclones. Storm surges are caused primarily by high winds pushing on the ocean’s surface. The wind causes the water to pile up higher than the ordinary sea level. Low pressure at the center of a weather system also has a small secondary effect, as can the bathymetry of the body of water. It is this combined effect of low pressure and persistent wind over a shallow water body which is the most common cause of storm surge flooding problems. (Wikipedia)

The tsunami hazard data is from Philippine Atmospheric, Geophysical and Astronomical Services Administration (PAGASA), 2008. Administrative boundary is from the National Statistics Office (NSO), 2000, and the Topographic Map 1:50,000 scale is from the National Mapping and Resource Information Authority (NAMRIA). The Storm Surge Hazard Map was acquired from the Hazards Mapping and Assessment for Effective Community-Based Disaster Risk Management (READY) Project through the Philippine Institute of Volcanology and Seismology (PhIVolcS).

Available in PDF or in JPG, this map may be downloaded and used for free provided that: a.) no alterations are made to the map; b.) proper citations be referred to the sources mentioned above; and, c.) all logos appearing on the map should also appear on your document.