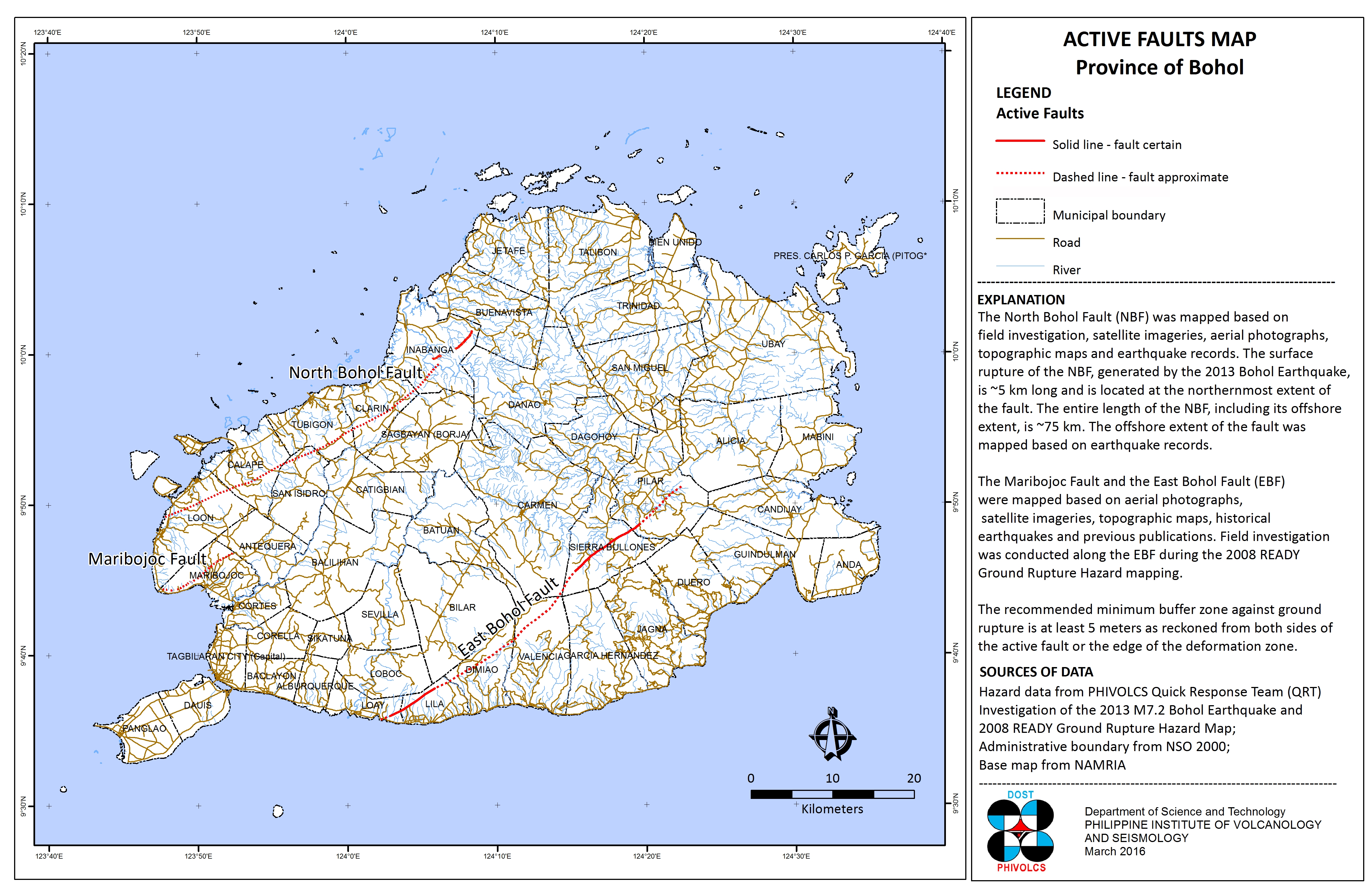 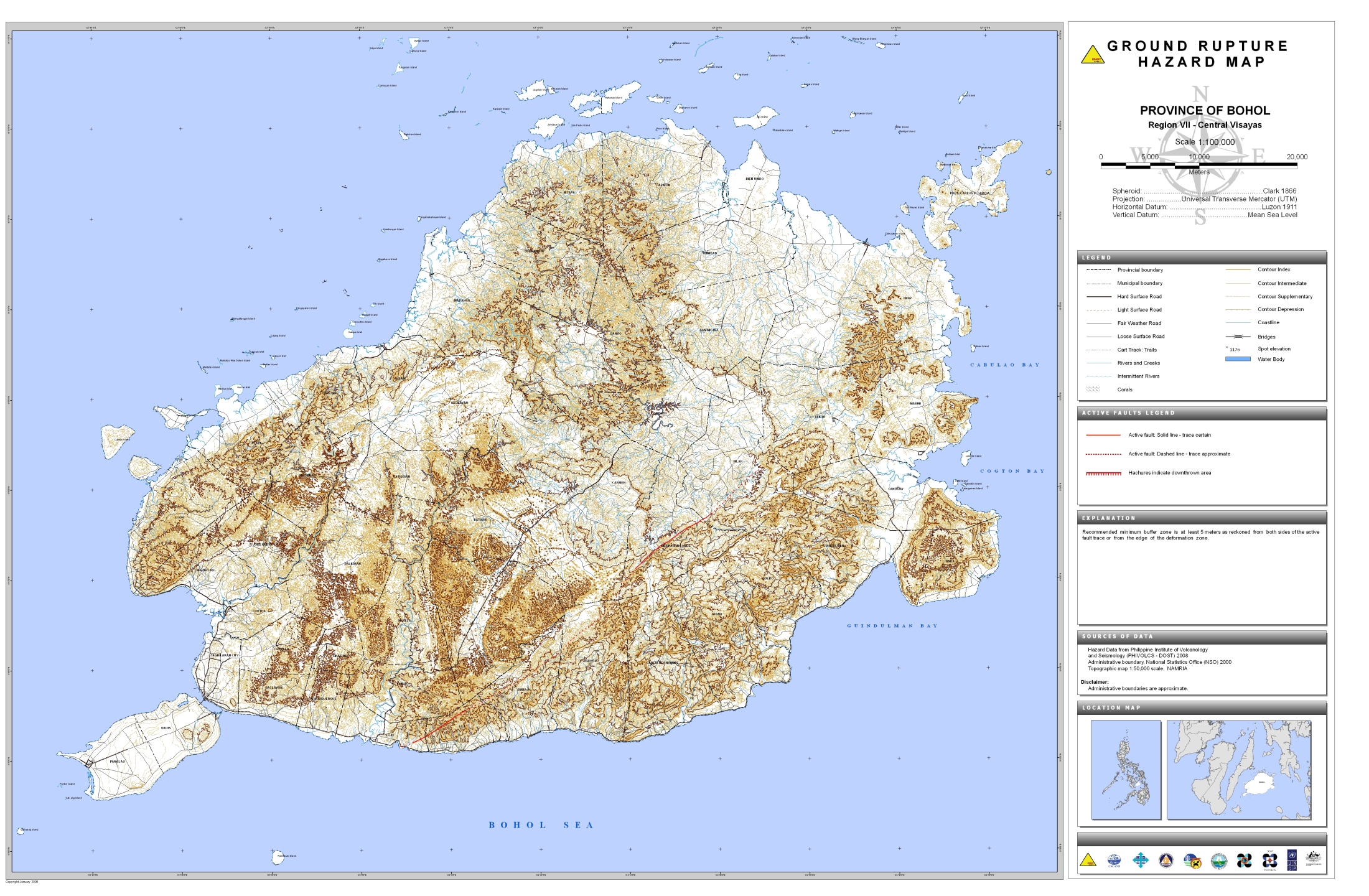 Ground rupture is a visible breaking and displacement of the Earth’s surface along the trace of the fault, which may be the order of several meters in the case of major earthquakes. Ground rupture is a major risk for large engineering structures such as dams, bridges and nuclear power stations and requires careful mapping of existing faults to identify any which are likely to break the ground surface within the life of the structure. (Wikipedia)

The ground rupture data is from the Philippine Institute of Volcanology and Seismology (PhIVolcS), 2008. Administrative boundary is from the national Statistics Office (NSO), 2000. The Topographic Map 1:50,000 scale is from the National Mapping and Resource Information Authority (NAMRIA). The Ground Rupture Hazard Map is acquired from the Hazards Mapping and assessment for Effective Community-Based Disaster Risk Management (READY) Project through PhIVolcS.

Available in JPG and PDF, this map may be downloaded and used for free provided that: a.) no alterations are made to the map; b.) proper citations be referred to the sources mentioned above; and, c.) all logos appearing on the map should also appear on your document.