The Provincial Planning and Development Office (PPDO) of the Province of Bohol conducted a Basic Geographic Information System (GIS) Operations using the Manifold System 8.0 GIS software. The training was held on February 15-18, 2011 at the Juanito Cambangay Conference Room of the PPDO. The training was well participated by representatives of the invitees which includes 7 personnel from the PPDO and 12 personnel from the Municipal Local Government Units (LGUs)). The training was primarily intended to expand the GIS users base of the PPDO but was also extended to selected municipalities having received assistance from the PPDO in the preparation of their Comprehensive Land Use Plan (CLUP). This extension is intended to sustain the PPDO assistance in terms of handling the GIS data generated as part of the assistance which will be turned over to the LGUs once the assistance is completed.

Above is a photo of the participants with the trainer posing after the training. Standing from left to right are: 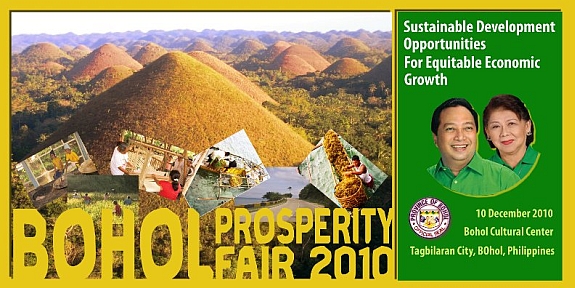 Even as the provincial government and the city and municipal LGUs are gearing up for the Bohol Development Initiatives for Prosperity Fair 2010, set this December 10 at the Bohol Cultural Center, an expanded “market” for the Fair now includes an unprecedented range of development stakeholders, institutions, and organizations.